Popovers display brief, contextual content until they are dismissed through interaction. They are triggered by clicking a page element.

Popovers are opened with a click or tap (not on hover).

Required elements for a popover include:

Popover content should be brief. A popover should contain no more than two paragraphs of text, or one image and one paragraph (for example, a product image with a review snippet).

A popover should contain no more than two links in its content. Interaction with these links should be optional. If interaction with such content is required to proceed, then use a modal instead of a popover.

To close a popover, select the X button within it, or anywhere outside of it.

When there's insufficient space to display a popover on-screen without visual clipping, it changes its orientation in relation to the triggering element.

On smaller breakpoints, popovers become centered overlays (similar to modals) that aren't positioned in relation to the triggering element. Again, tap the X button inside the popover, or anywhere on the tinted area outside of it, to close it.

Unlike modals, Tab and Shift + Tab will move focus outside a popover and thereby close it.

Escape key dismisses the popover. This is equivalent to selecting the X button within it.

The default orientation for the popover is above the triggering element. Replaces 'Popover on Right/Left' when there's insufficient lateral space. 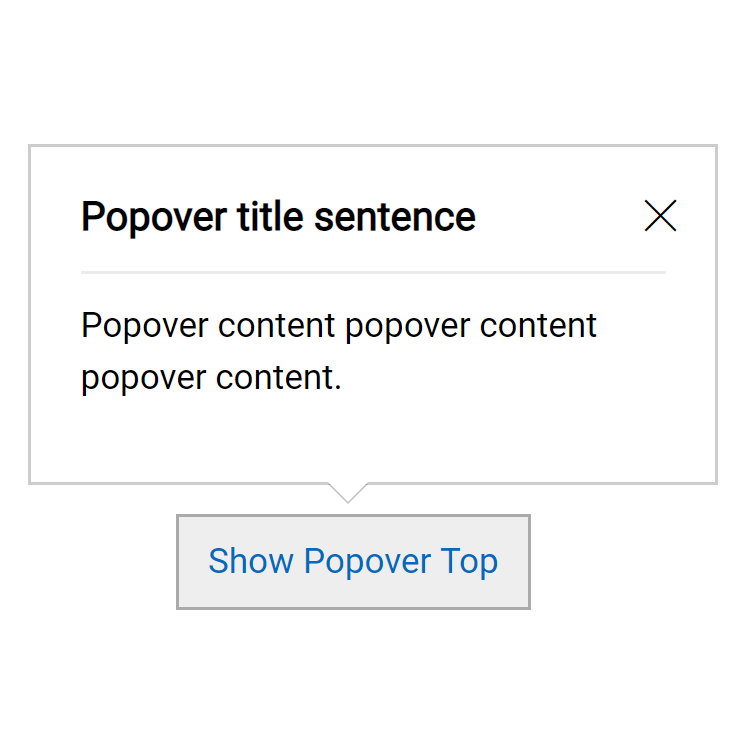 Another popular orientation for popovers is to the right of the triggering element (such as an info icon at the end of a sentence). Replaces 'Popover on Left' when there's insufficient space to display it in that orientation. 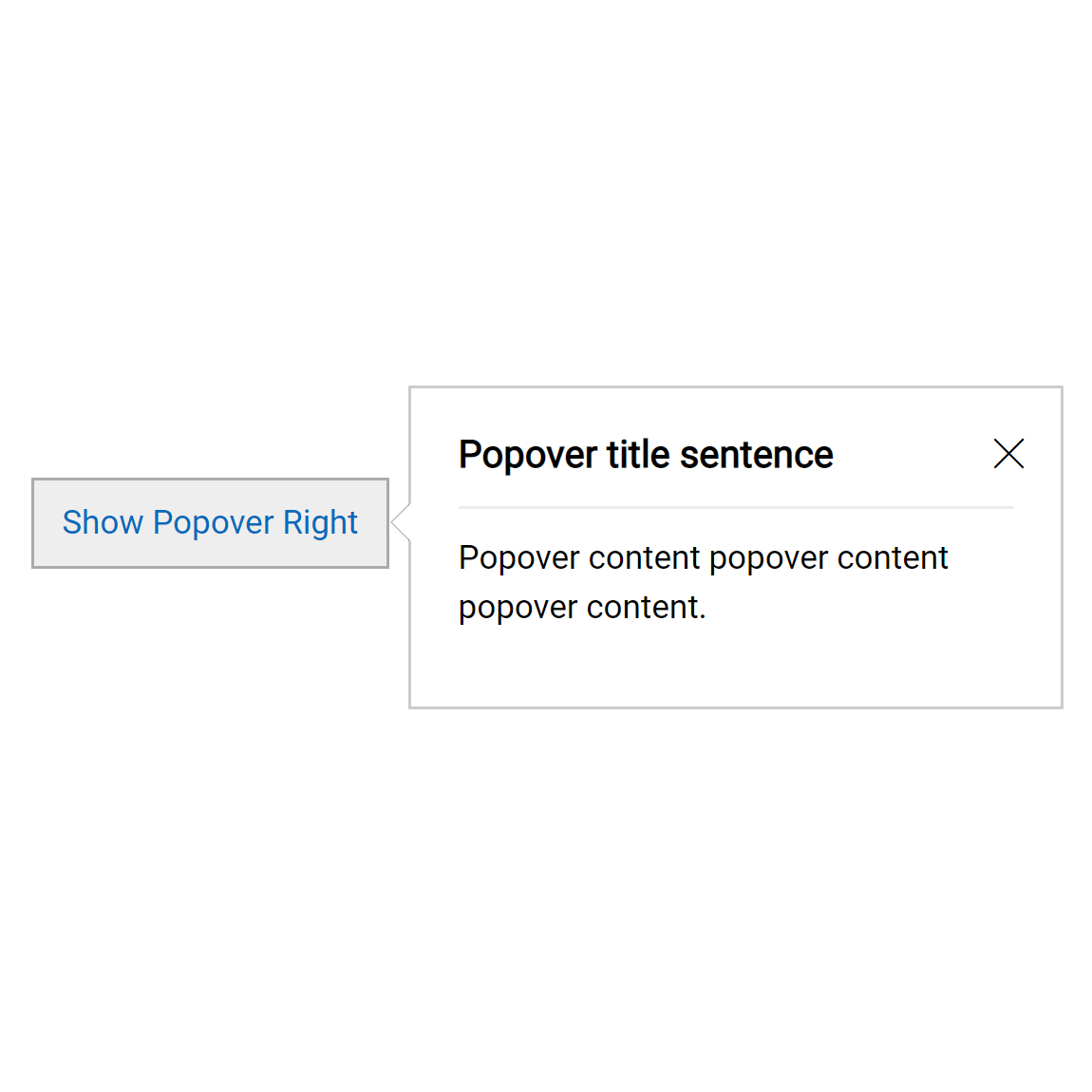 The popover appears beneath the triggering element. Becomes the standard orientation when there's insufficient space to display the popover on top. 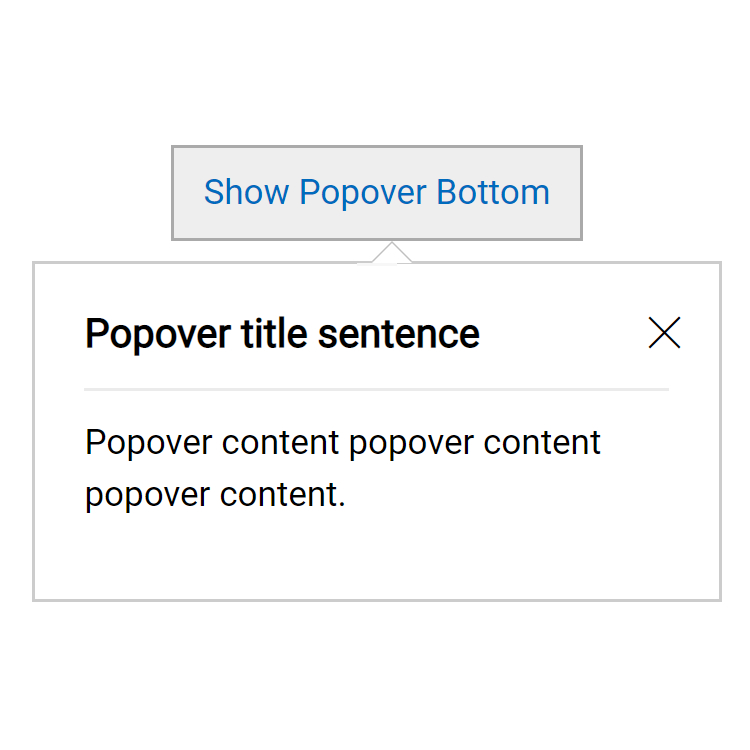 A less common orientation. Replaces 'Popover on Right' when there's insufficient space to display it in that orientation. 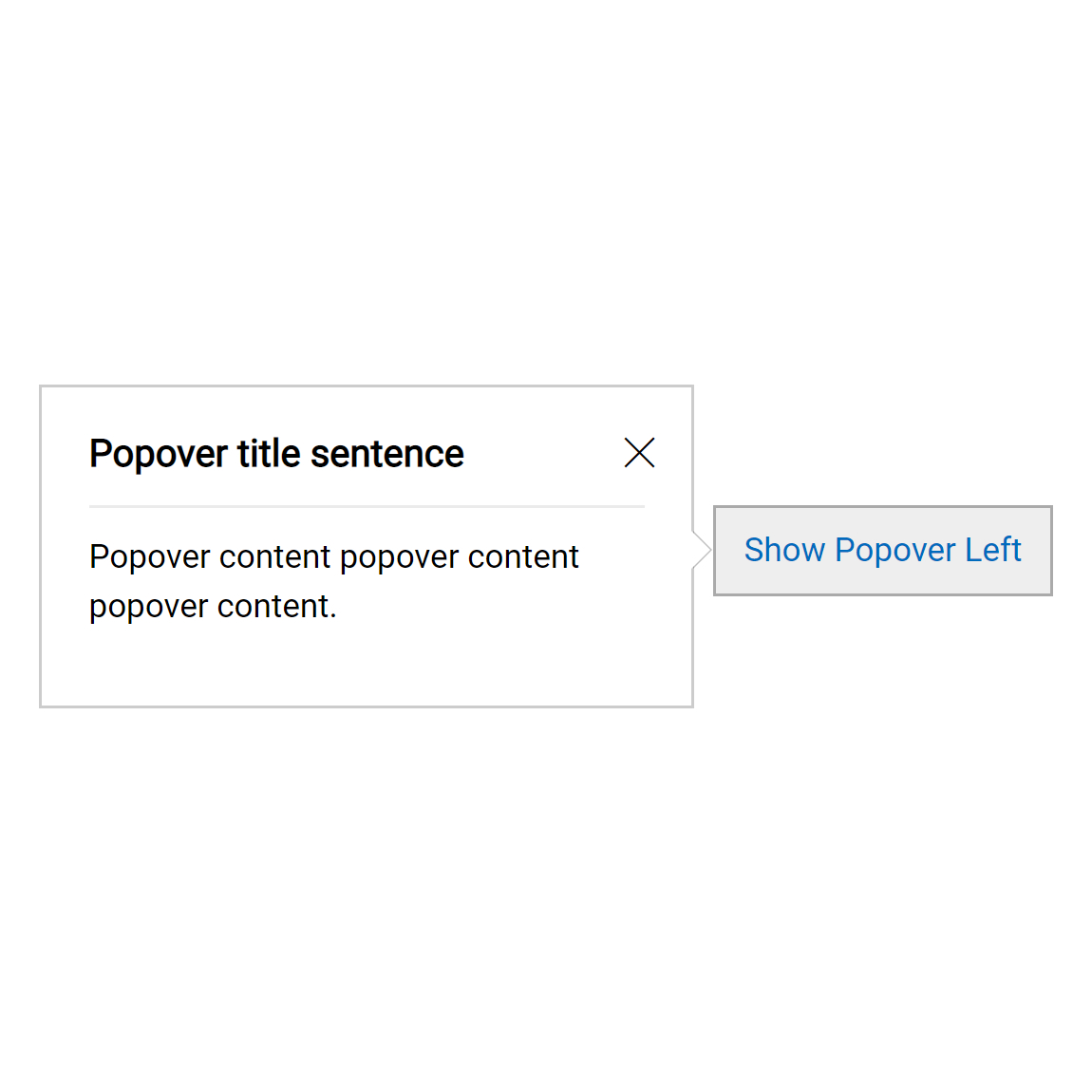 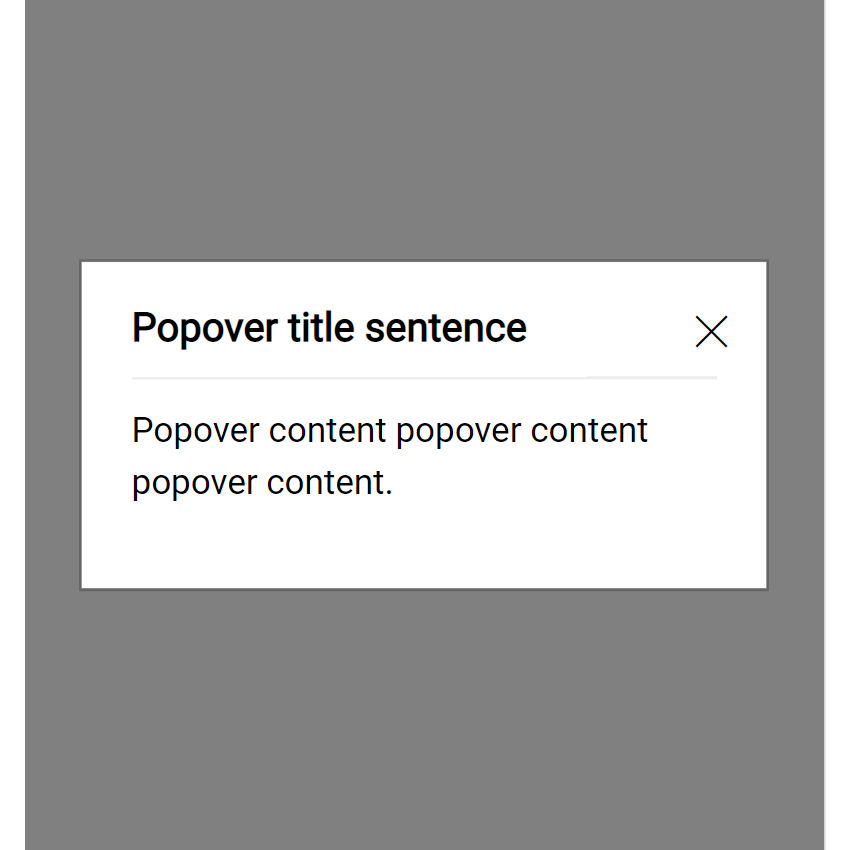 Title case, 2-3 words maximum.
Do not combine actions in a label (exception: "Customize & Buy").
If standard labels don't fit the button's purpose, align label with the task the user is attempting.

Button Label:
Corresponding Action:
Add to Cart
Search
Cancel
Save
Edit
Delete
Continue
Next/Previous
Submit
Select
Sign In/Sign Out
View Details
Ok/Cancel
Learn More
Close
Takes users to Cart page, with item added
Used for search buttons
Takes users back to entry point for a task
Used to save an item
Navigates users to change an item
Deletes an item on the page, usually with a verification step
Used as progression
Used as forward and backward navigation (Next is primary, Previous is secondary)
Used to submit a task or info
Used for choosing items in a task flow
Authentication standard, for consistency do not use Log In/Log Out or Signin/Signout
Used instead of “Select” in cases of product details or within learn content
For use in modal verification steps when more specific CTAs will not fit due to space
Used to link users to more learning content or contextual help
Used within modal windows

Please also refer to these recommendations for non-modal dialogs from WAI-ARIA 1.1.

You may refer to these examples of modal dialogs from WAI-ARIA practices 1.1.