Sliders enable the selection of a single value, or a range of values, by manipulating handles along a linear scale.

A label must appear preceding every slider. Values depicted in the label do not update as the slider is manipulated, to remain consistent with all other component labels.

Sliders default to a horizontal orientation to leverage the landscape orientation of most screens.

The current value is persistent and updates as the user interacts with a handle:

The current value is also displayed as a tooltip above a handle while it's being manipulated.

When the slider has two handles, they are unable to pass one another or move close enough to equal the same value.

The default step value = 1 for a slider. This causes its handle to move smoothly along the linear scale by stepping one value at a time.

Sliders may also be vertically oriented:

Used to select a single value by sliding a handle along a linear, horizontal scale. The current value is shown in a persistent location at one end of the slider, and as a tooltip above the handle during interaction. 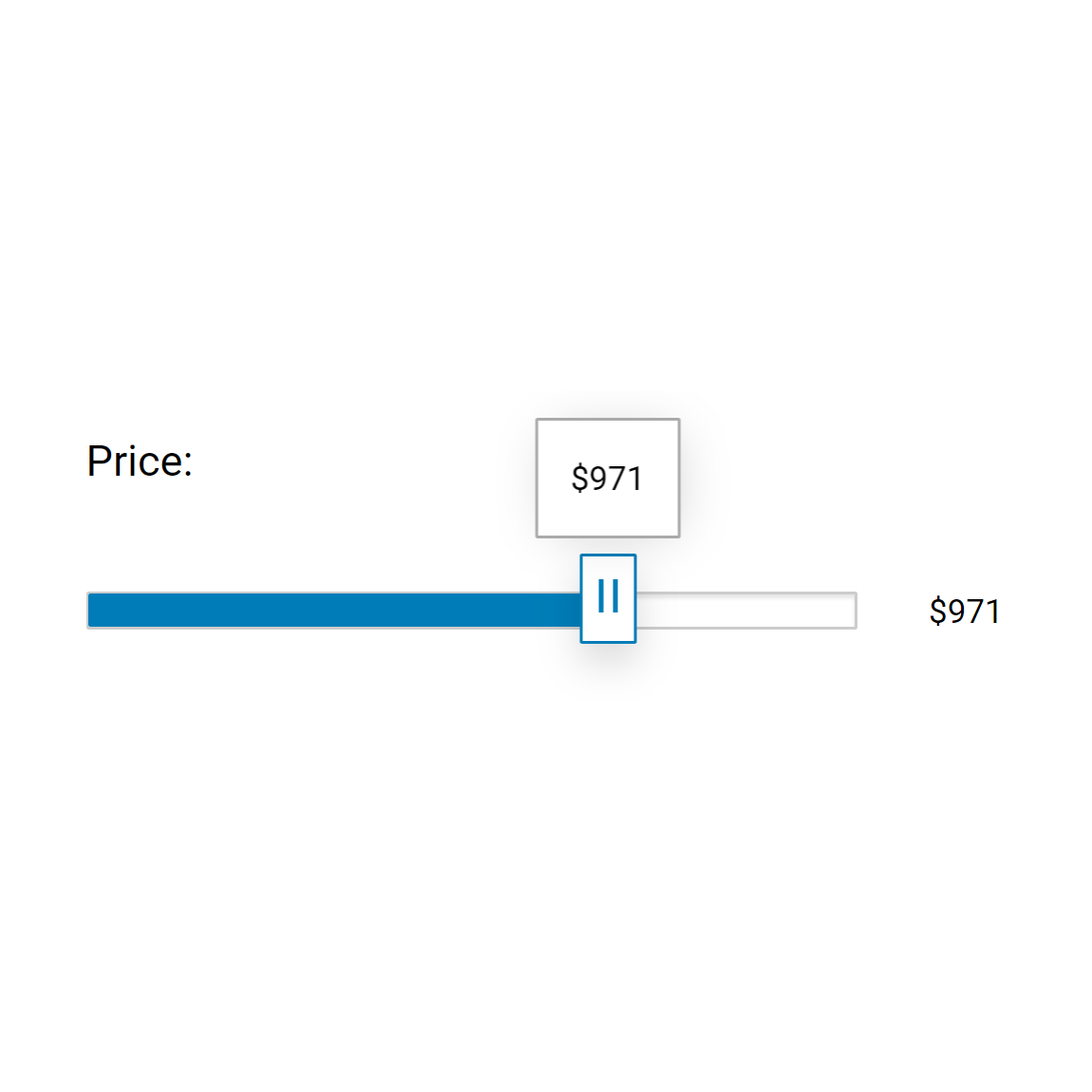 Used to select a a range of values (i.e. upper and lower limits) by sliding two handles along a linear, horizontal scale. The current values are shown in persistent locations at either end of the slider, and as a tooltip above each handle during interaction. 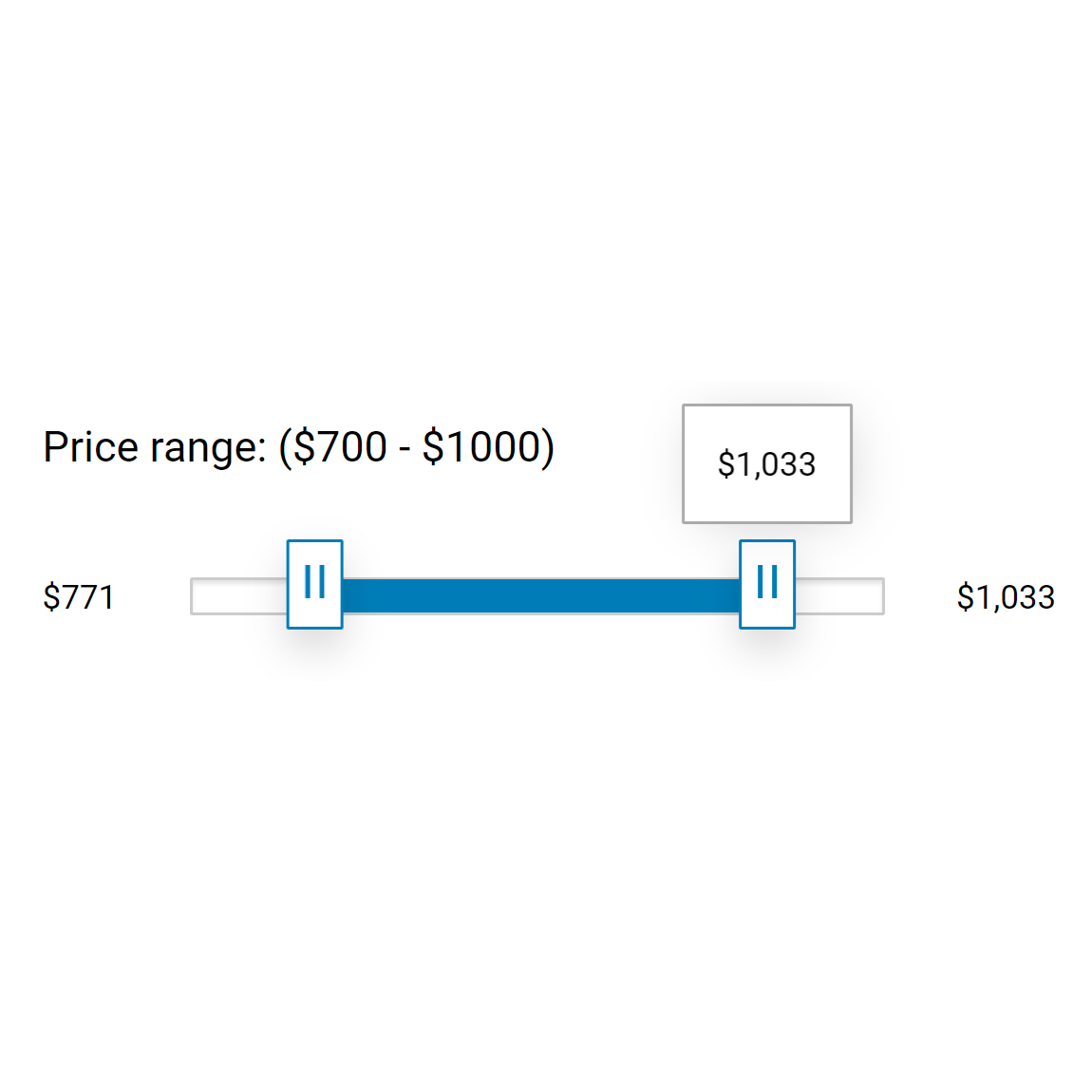 When a slider is vertically oriented, the lower end of its range is at the bottom and the upper end is at the top. The interaction tooltip appears at the left of a handle if there's room, otherwise at the right. 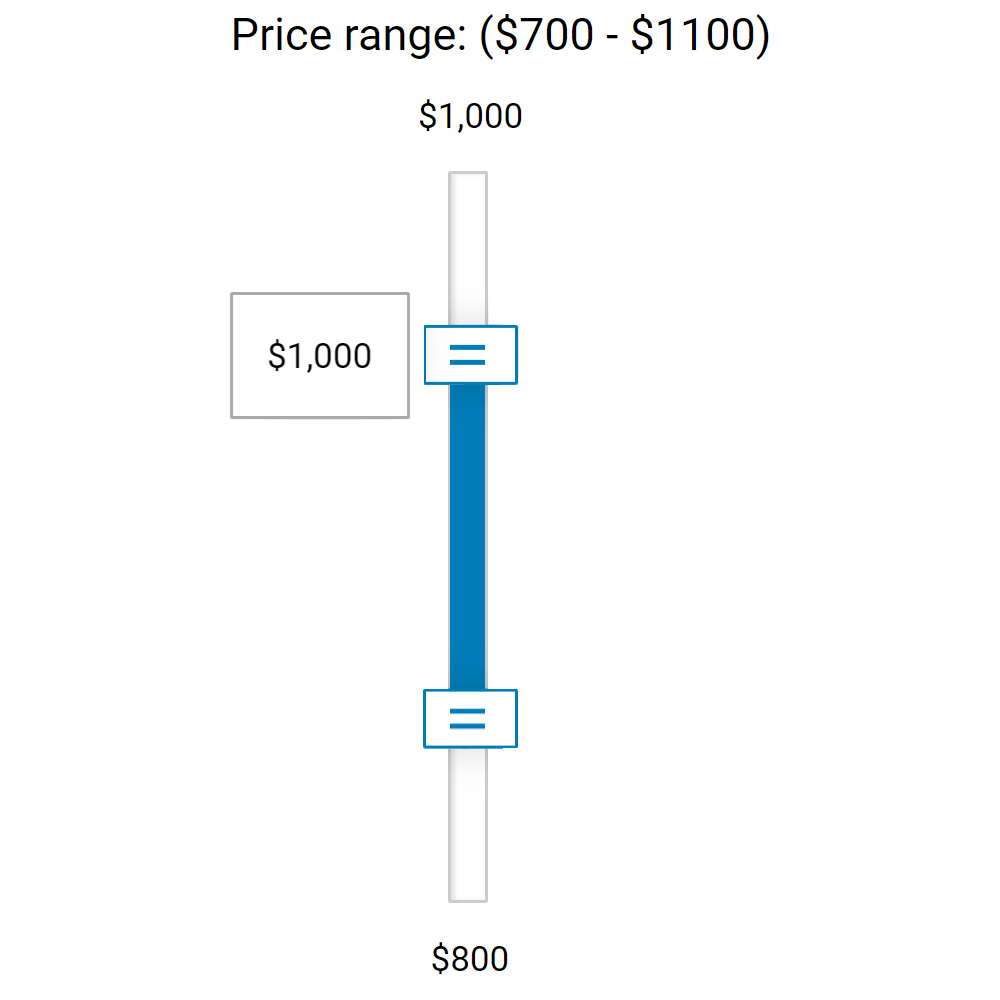 Title case, 2-3 words maximum.
Do not combine actions in a label (exception: "Customize & Buy").
If standard labels don't fit the button's purpose, align label with the task the user is attempting.

Button Label:
Corresponding Action:
Add to Cart
Search
Cancel
Save
Edit
Delete
Continue
Next/Previous
Submit
Select
Sign In/Sign Out
View Details
Ok/Cancel
Learn More
Close
Takes users to Cart page, with item added
Used for search buttons
Takes users back to entry point for a task
Used to save an item
Navigates users to change an item
Deletes an item on the page, usually with a verification step
Used as progression
Used as forward and backward navigation (Next is primary, Previous is secondary)
Used to submit a task or info
Used for choosing items in a task flow
Authentication standard, for consistency do not use Log In/Log Out or Signin/Signout
Used instead of “Select” in cases of product details or within learn content
For use in modal verification steps when more specific CTAs will not fit due to space
Used to link users to more learning content or contextual help
Used within modal windows

Please also refer to these recommendations for sliders from WAI-ARIA 1.1.

You may refer to this example of a horizontal slider or these examples of sliders with aria-orientation and aria-valuetext from WAI-ARIA practices 1.1.

You may also refer to this tutorial for validating common input from Web Accessibility Tutorials.

In addition to the above, please follow the best practices for multi-thumb sliders from WAI-ARIA authoring practices 1.1.

You may refer to this example of a horizontal multi-thumb slider from WAI-ARIA practices 1.1.